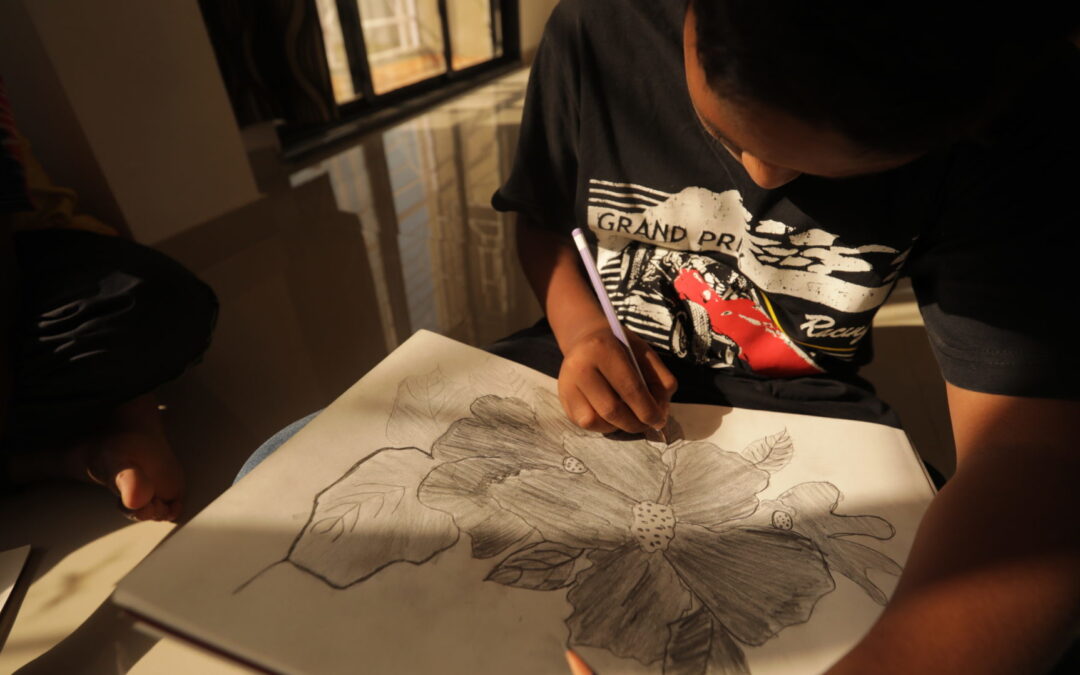 7-year-old Anwar was living in Bhiwandi with his family. He is a sharp boy, very responsible and helpful by nature.

On an unfortunate day, in an argument that turned into a fight between Anwar’s parents, his mother ended up killing her husband. Thereafter she was put in prison and has been there for the last one and half year.

After his mother was put in prison, Anwar was made to stay with his grandmother. However, she was not able to provide him with education due to financial constraints. Anwar’s mother was worried that the locality in which Anwar stayed with his grandmother was not a safe place. Hence, they approached the Child Welfare Committee through a Social Worker from a partner NGO.

The Child Welfare Committee chose to send Anwar to Sahaara’s Mahima Home – A home for vulnerable boys. When he joined Mahima Home in February 2019, Anwar had a lot of rashes on his body but after a medical checkup and course of medication, he has totally recovered now.

He has started going to a school for the first very time in his life at the age of 7 and is studying in Junior Kindergarten. He is performing quite well in his academics.

Being the youngest at home he is loved by all and is very happy to be in a family-like Home where he can belong and reach his potential.