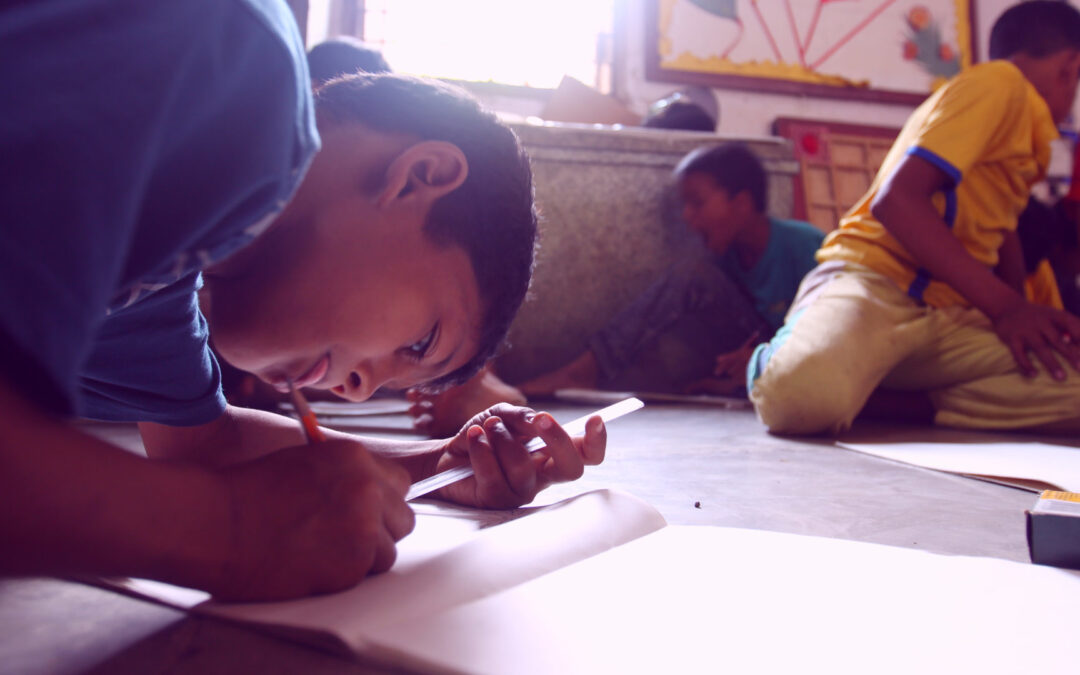 *Sudhir is a 6 years old chirpy, young and happy child who attends Sahaara’s feeding-cum-educational centre in Ghatkopar. One would see him entering the centre at 10 am as the class begins and engaging with his teachers. He would finish the meal that is served at the centre and goes for a second serving if it’s his favourite dish, before leaving for school.

But behind Sudhir’s tough guy mannerism is a lonely child, born to a mother who works as a commercial sex worker and a father who battles his time between his two families.

For a good length of time, his mother would leave him unattended as she moved from area to area looking for more clients. In his mother’s absence, he would eat when and what fancied him, sleep when he wanted to, wake up when he liked and didn’t bother to bathe or take care of himself.

It was in the month of June 2017, Sahaara staff came across a shabbily dressed and neglected Sudhir. The staff encouraged his mother to enroll him in the Sahaara feeding-cum-educational centre.

The center’s routine was initially difficult for Sudhir to keep up with. He struggled to reach the center on time, couldn’t concentrate in class and would pick fights with his fellow classmates.

The teachers patiently taught him at a level he could understand and grasp, and slowly his attendance and performance started boosting up both at his school and the center. His personal hygiene became better through the health awareness classes and constant reminders from the teachers.

Sudhir has made a lot of progress, from the time he has joined our center. We recently helped him get admitted in school and he is in Grade 1 now. He is benefiting immensely from the new teaching method we have implemented since June 2018.

It is a sheer joy to see him pick his school bag and walk those lanes today with a purpose where he once roamed aimlessly.